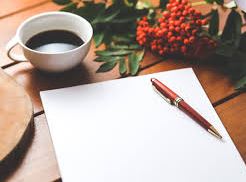 RUBY L. RYLES-MARTIN was born on April 4, 1947, in Eufaula, Alabama and departed this life on Sunday, May 8, 2022, with her devoted husband Jules Martin lovingly and dutifully by her side.  She was the youngest of ten children born to the late French and Mary Lee Ryles. On February 16, 2000, Ruby married Jules -- the love of her life.  During their 22 years of marriage, they traveled, reinforced their love, and created enduring memories.  Their bond of love was seen by all and was clearly undeniable. She was a loving and devoted wife, stepmom, step grandmother, daughter, sister, aunt, cousin, and friend to all who knew her.  She loved her family and fulfilled her mother’s wishes to keep the family together by organizing annual Christmas dinners and initiating the Ryles Family ZOOM meetings that brought her so much joy when the family was not able to meet in person. Ruby remained in Eufaula until she relocated in 1966 to New York to live with her sister Julia Ryles.

Ruby was a woman of many educational accomplishments and attained everything she set her mind to.  She was educated in the Eufaula, Alabama school system where she graduated from Rebecca Comer Vocational High School in 1964.   After relocating to New York, Ruby continued her education at Kingsborough Community College where she earned an Associate of Applied Science degree.  She sustained her educational endeavors at the State University of New York at Albany where she earned a Bachelor of Arts degree in Liberal Studies.  After completing her undergraduate degree, Ruby went on to complete her studies by earning a Master of Arts degree in Public Relations Management at Syracuse University, Newhouse School of Public Communications.

Ruby launched her career as a Broadcast Media Buyer for a leading advertising agency.  She published a community-based newspaper in Brownsville, Brooklyn.  Ruby served as a member of the Board of Directors of the New York Chapter of the Public Relations Society of America (PRSA) where she chaired its Committee on Minorities. She also served as the Public Relations Director for the American Correctional Association.

Ruby worked many years as the Chief Spokesperson for the New York State Department of Correctional Services, New York City Department of Corrections.  She later served as the Deputy Press Secretary for Mayor David N. Dinkins where she made an indelible contribution.  She was also appointed to the position of Chief Spokesperson at her alma mater, Kingsborough Community College. During her time there, she proved to be a valuable asset. Among her many accomplishments was her instrumental role in securing Dr. Jill Biden, the wife of then Vice President of the United States Joe Biden, as commencement speaker. At the height of her tenure as chief spokesperson, she was arguably the most quoted person in New York.   She was known as a spokesperson with unshakeable integrity who was also a consummate professional.   Reporters often referred to her as always being a “straight shooter.”

Ruby was a passionate volunteer at her beloved New Hope Baptist Church in Danbury, Connecticut, under the pastoral leadership of Reverend Leroy G. Parker. She worked very hard to secure funding each year to ensure her senior group received the necessary financial support to further their education -- especially in computer literacy. She was also a devoted volunteer in her community.  Ruby was an active member of the Age Well Community Council, where she focused on food insecurity and senior access to the Farmers Market. She was a member of the Commission on Aging, and Aging Mastery.  Her hobbies and interests included family, reading and writing. She was an ardent viewer of the news with a particular “addiction” to MSNBC and CNN.

In lieu of flowers, donations can be made in Ruby Ryles-Martin honor to New Hope Baptist Church, Danbury, Connecticut, or Age Well Community Council, Danbury Chapter.

To light a candle or leave a condolence, please continue to the Tribute Wall tab above.

To send flowers to the family or plant a tree in memory of Ruby L. Ryles-Martin, please visit our floral store.