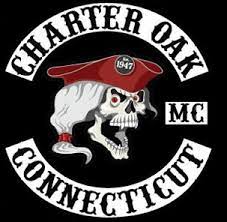 Ronald “Ron” L. Cohn passed away peacefully on June 2, 2022 surrounded by his loving family. Ron was born on July 5, 1959 in Inglewood, CA to Rina “Ricki” (Puskin) Cohn and the late Lyle Cohn.

Ron moved to Connecticut in 1977, living in Stamford and Bridgeport and eventually settling in Shelton in 2000 with his family. Ron retired from the City of Stamford Water Pollution Control in 2010 after over 20 years of service. Ron was also a consummate salesman with an unstoppable entrepreneurial spirit- always thinking of the next great business venture. He owned a baseball card store- The Coach’s Box- in southern CT in the early 90’s, a breakfast café dedicated to his daughters and, most notably, Clambakes of Connecticut. Whatever the venture, it always included his family and friends. Chances are, if you knew Ron, you either worked a clambake for him or enjoyed an event he catered. Quite literally tens of thousands of people across New England have been lucky enough to enjoy a fresh Maine lobster with drawn butter or his famous red smashed potatoes. “If I wouldn’t serve it to my family, I wouldn’t serve it to yours”, he would always say.

To know Ron was to love him- most times anyways. He was charming and had the innate ability to make friends with anyone anywhere and always “had a guy” for anything his family or friends needed. He was an avid collector of war relics including many Civil War and World War II pieces and loved the thrill of the hunt- always perusing auction houses and antique dealers. Ron not only had an appetite for collecting- he loved a good Jewish deli, crab legs, Chicken Scarpariello, hot dogs (especially Hebrew Nationals) and American Steakhouse, all washed down with an Orange Julius, cold iced tea or an old-fashioned glass bottled soda.

Ron joined the Charter Oak Motorcycle Club in 1979 and never looked back. He held various leadership positions throughout the years including the presidency in the mid 80’s. In 1982 he hosted the first “Rotten Ron’s“ Clambake, a tradition that still continues to this day. His clambakes set the standard for many other clubs to look up to. As a member of the Charter Oak “Faithful Four” he was a role model and mentor for the other members to look up to. His unmatched wit and wisdom will live on in all who had the pleasure and privilege to know and love him.

With his son Kevin, Ron could be always found talking clambakes, sports or antiques, and enjoying the occasional prank call. Ron passes on the title of family handyman to his son Dan, with whom he also shares a love of American history, military collectibles and antique guns. Ron met his wife Terri (aka T) in 1993 and they wed in 1994. Together they enjoyed traveling to Jamaica, St. Martin, going on cruises and a good game of Scrabble. Ron, T and their daughters loved going to concerts together and caught one of the last Bruce Springsteen and U2 show at Giants Stadium. With his oldest daughter Jaime (aka JJ), Ron’s greatest moments were spent eating lobster ravioli from Antonio’s, 2am McDonalds runs, and dancing to Lullaby by Billy Joel at Jaime’s wedding- the same song he sung to her growing up. His younger daughter Jillian (aka Bill) was his baby and his biggest caretaker as he became ill, making him meals, managing his medicines and just laying with him watching the India News Network (his choice…). They enjoyed the simple things together- going out to eat and watching movies with his trusted Beagle Sadie by his side.

Lastly, one of Ron’s greatest joys was becoming “Papa” to his three beautiful grandchildren. Ron enjoyed 5 brief but unforgettable years with his best friend Ben who he affectionately nicknamed his “grandson Rusty”. Some of their favorite times together were spent playing soccer in the catering kitchen, going to Mets games, sharing Papa’s love of antiques with Ben in the form of vintage action figures, and Facetiming most days at bedtime or on the way to school. We are grateful Ron was able to meet his infant granddaughters, Ayla and Sydney, before his passing. One of the greatest sorrows of Ron’s passing is that Ben, Ayla, Sydney and his future grandchildren will miss out on being spoiled rotten and lovingly adored by their Papa, though it is through them that his name and spirit live on.

A Celebration of Life Gathering will be held at Danbury Memorial Funeral Home (117 South St. Danbury, CT) on Sunday June 12, 2022 from 1pm-4pm. To light a candle in his memory or leave a condolence, please visit the tribute wall at the top of the obituary page. In lieu of flowers, the family asks that memorial donations be made to PanCAN or the Lustgarten Foundation to fund pancreatic cancer research.

To send flowers to the family or plant a tree in memory of Ronald L Cohn, please visit our floral store.