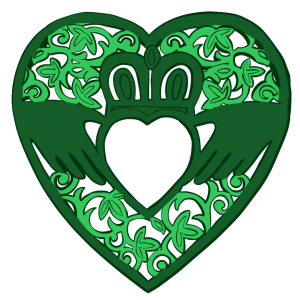 It is with sadness that the family of Mary Williams announce her passing on 9/29/21 surrounded by her loved ones.  Mary was born to Joseph and Mary Cashman in East Harlem N.Y. on 9/6/1921.

She attended St. Cecelia’s Elementary School there; then the family moved to the Bronx where she graduated from St. Simon Stock High School.  She worked for Met Life as a switchboard operator for several years.  She met Jack Williams who served in the Navy as a Sea Bee during World War II. They married on 12/2/1944.  Living in the Bronx, they raised two daughters.  They were both hard workers.  While the girls were in school, Mary worked part time at a print shop so she could be home after school.  Jack was a plumber by trade and worked for the NYC Transit Authority until his retirement in 1969.  Mary supported Jack’s dream of building a home for the family which he accomplished mostly by his own labor.   Mary and Jack retired to that house in New Fairfield in 1969.

Mary was an adventurous soul.  She and Jack travelled all over the US including Alaska and Hawaii in their RV.  They enjoyed watching football together and were die-hard New York Giants fans.  After Jack’s passing, Mary continued the adventure by travelling around the world, sometimes alone and sometimes with her daughter.  She toured Australia and New Zealand by herself in a camper.  Being of Irish heritage, she especially loved visiting cousins in Ireland.  In 2006, at the age of 85, Mary began volunteering with the Maryknoll sisters in orphanages in Mexico, Guatemala, Cambodia and Bolivia.  She loved her time there and we were very proud of her.  She also loved her family and especially loved spending time with her grandkids and great grandkids.  It didn’t take much to get Mary to dance—any Sinatra song would do it.  Mary lived independently until 2019 when she moved to assisted living.  She enjoyed participating in programs at the Elmwood Hall Senior Center in Danbury where she made many friends.

She was predeceased by her grandmother, Mary Killeen, mother and father Joseph and Mary Cashman, and her husband Jack.  She is survived by her daughters Pat Fitzgerald and husband Jim, Mary and her husband Mark, grandson Travis and wife Haley, granddaughters Christine and husband Justin, and Megan and husband Ted; great grandchildren Xylia, Quinn, Toby, Miles and Crosby.

A mass of Christian Burial will be held at St. Peter ‘s Church, 104 Main St, Danbury on Monday October 4, 2021 and will be followed by burial with Jack at St. Peters Cemetery, Lake Avenue Extension, Danbury.

In lieu of flowers, the family requests donations be made in her name to Elmwood Hall Senior Center, 10 Elmwood Pl, Danbury, Ct.  06810 or The Maryknoll Sisters, 100 Ryder Rd., Maryknoll, NY 10545.

To light a candle or leave a condolence, please continue to the Tribute Wall tab.