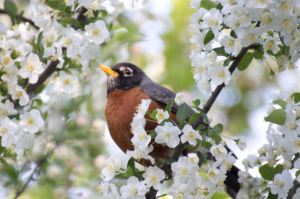 It is with great sadness that we announce the peaceful passing of our beloved Mother, Grandmother, Great Grandmother, Aunt, and friend, Mary E. Schneeberger, at the age of 94 of West Redding, CT on May 7, 2021, three days before her 95th birthday.

Mary, “Mom”, “Gramma” and “Gigi” as she was affectionately known, was born May 10, 1926 in the Pembroke area of New Fairfield, CT. She was the daughter of the late Walter S. and Mary E. (Vincent) Peck and was raised in Danbury and later made her home for the last 60 years in West Redding.

Mary was a graduate of Danbury High School, class of 1945. Mary was a charter member of the Rainbow for Girls (Assembly #20) in Danbury, and subsequently Mary was very active in the Order of the Eastern Star (Stellar Chapter #55), both Masonic organizations where she met and became friends with a group of four ladies she fondly called the “Lunch Bunch”.
Mary was an avid reader, a member of the Danbury Community Chorus for many years. She also loved being outside communing with the birds and other wildlife. Mary was well-known by her Children’s friends as “Mom Schnee” taking part in many school and civic activities. Mary, a single Mom since 1975 always made herself available to her children, family, and friends. Mary was always happiest when she was with her family and friends.
Mary worked at the Dental Offices of Dr. "Budd" Knapp in Danbury, Dr. Ernie Dionne and later for Dr. Dana Jones, both in Ridgefield, CT.
Mary is survived by her children:  Richard J. Schneeberger, Jr., of West Redding, CT, James P. Schneeberger of Chelsea, VT, Lisa A. Tatroe and her Husband Tim of The Villages, FL, and Martin W. Schneeberger and his Husband, Stewart (Ted) Johnson of Torrington, CT. She was also survived by her Grandchildren:  Stephanie Vogt and her Husband Nick of Ridgefield, Kate Rodak of New Milford, CT, Brittany Mosca and her Husband Zack of Brookfield, CT, and her Great Grandchildren: Ryleigh Aragi, Robert Coons, Lucas Vogt, and Rowan Vogt all of Ridgefield, CT. She is also survived by her nieces, Roberta Waltz Kuegler and Sandra Waltz Magro, both of Watertown, CT.
Mary was predeceased by her husband of almost 25 years, Richard J. Schneeberger, Sr., and all of her siblings:  Esther Covill, Alice Thomas, and Austin Peck.  She was also predeceased by her niece Barbara Waltz Barber.

Mary came from a musical family all her life.  She sang and received awards (1st place) at the Empress Theater in Danbury, CT.  She was also active in her church choir (Central Christian Church, Danbury, CT), where she was baptized in 1938 at the age of 12.  She was an active member for over 75 years and also sang many solos and duets with her daughter, Lisa.  A Memorial Service will be set at a later date at the Family’s convenience.

Mary was fond of repeating a saying her father taught her when she was a child: "Remember well, and bear in mind, the bluebird's tail, sticks out behind!"

To light a candle or leave a condolence please continue to the Tribute Wall Tab.

Family to do services at later date