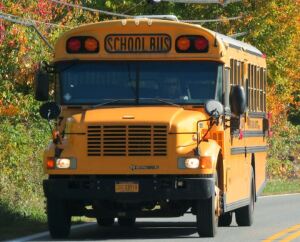 It is with tremendous sadness that the family of Lawrence C. DeVita announces his passing on August 31, 2022 at the age of 66 after battling heart and lung disease.

Lawrence, known better as "Larry", was a true gentleman. You'd know him by the stories he told, the laughter he produced and his love and loyalty to his family and friends. Larry's outgoing spirit, generosity, and enjoyment of a good time made him the life of any party.  His deep love of his late wife, Jay, was evident in everything he did, especially in being her caregiver for her last years of life. And, he adored his daughter, Samantha, who he affectionately and laughingly called his "mini-me".

Larry enjoyed fast cars, being a master technician, fixing anything that was, or wasn't broken, driving a school bus full of kids, handing out candy every holiday and telling jokes to make people feel good. His genuine kindness and thoughtfulness will be greatly missed.

A private memorial will be held in his honor. Larry asked that we celebrate, not mourn his life. He wouldn't have wanted it any other way.

To send flowers to the family or plant a tree in memory of Lawrence C. DeVita, please visit our floral store.