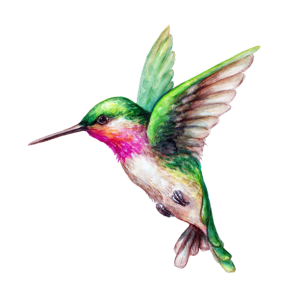 Judith Ann Schmitt — a longtime Ridgefield resident and beloved wife, mother, grandmother, great-grandmother, sister and aunt — passed away peacefully Nov. 7, 2021, at the age of 90.  Judy was born to the late Paul Robert and Ann Elizabeth (Kotheimer) Martin on April 6, 1931, in Louisville, Kentucky, the older sister of Margaret “Peggy” Dudley (Martin) Smith.  Judy and Peggy loved each other deeply and always.   In addition to her parents, Judy was preceded in death by her dear step-mother, Marie “Ree” (Hoffman) Martin.

After graduating from Louisville’s Sacred Heart Academy in 1948, Judy went on to attend the University of Louisville where, in 1952, she earned a bachelor’s degree in chemistry. During her time at the University, she was a member of the Kappa Delta Sorority, Women’s League, Wom­en’s Recreation Association, Pep Club, Panhellenic Council and the Medical Science Club.

Judy married Joseph Michael Schmitt at St. Aloysius Catholic Church in Pewee Valley, KY on May 9, 1952. They moved to Connecticut in 1956 and settled in Ridgefield in 1958. Their six children were raised and attended schools in Ridgefield.

Judy enjoyed crafts, including sewing, knitting, and crochet. She made beautiful items for her family and friends, and designed and crafted a substantial wardrobe for the Barbie dolls she kept for the grandkids.  She was passionate about gardening, carefully selecting flowers, herbs, shrubs and ornamental trees to create a sanctuary for Joe and herself, as well as for songbirds, hummingbirds, butterflies, bees, and deer, not to mention the inquisitive fox that would supervise Judy’s work, sometimes from just feet away, much to Judy’s delight.  Judy enjoyed trips to Cape Cod to visit Wellfleet and Provincetown, bike the trails and relax on the beach.  She liked visiting Saratoga Springs, particularly to join her sister Peggy at the race track: just a couple of Kentucky gals betting on the ponies.  Judy and Peggy would visit annually in Louisville with the Kotheimer and Martin clans, party with their step-mom Ree, and get together at the Brown Hotel where, having recovered their Kentucky accents, they would order the Hotel’s signature “Hot Brown” sandwich just as they had years before.

Judy was ever active in the Ridgefield community, including with the PTA and as a member of the Ridgebury Homemakers in the 1960s.  She was a long-time, dedicated member of the NAACP’s local branch.  She was politically active, believed strongly in the Women’s Rights Movement and the ERA, and cherished the right to vote, working to enable everyone’s exercise of that right by volunteering for decades as a poll worker for which the State of Connecticut presented her with a Public Service Award.  She was elected to serve on the Ridgefield Police Commission from 1977 to 1981, during which time she strongly advocated for community policing.

She was a parishioner of St. Mary Church and, later, of St. Elizabeth Seton Church.

When her children were older, she pursued employment, working with a corporate relocation company in Danbury, CT and Karl Chevrolet in New Canaan, CT.  She invested her earnings so that she was able to contribute generously to each grandchild’s college education.

In lieu of flowers, memorial donations may be made, including to the Shriners Hospitals for Children, 2900 Rocky Point Dr., Tampa, FL 33607 (https://donate.lovetotherescue.org).

To send flowers to the family or plant a tree in memory of Judith Ann Schmitt, please visit our floral store.

Services will be held privately.