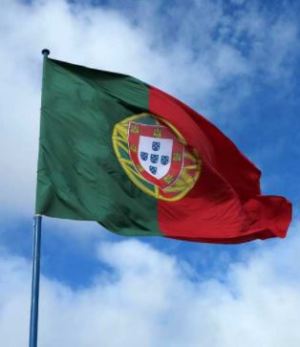 John Manuel Fernandes, 73, of New Milford, CT, passed away unexpectedly on Thursday night, March 18,2021. John was born in Sao Miguel, Azores, Portugal to the late Jose Fernandes and Maria DeAnjos.
John worked as the Head Machine Operator for Kimberly Clark for many years and after his retirement he became a school bus driver for the New Milford School System. During his time as a bus driver, he truly connected with the kids on his route and was proud to go to work each day.
In his younger years in Portugal, John played professional soccer and was a skilled boxer. He earned the nickname “Ringo” and was always thought of as a strong and genuine man. John served as a proud veteran for the Portuguese Air Force and chose to immigrate to America in 1967 to be with his parents and family. John was so proud of his heritage and served as President of the local Portuguese Club for some time. In his later years, John enjoyed trips to the casino and playing roulette. He also grew fondly of one of the many “honey do” list items, gardening. Above all else, he cherished time spent with his family and grandchildren. We believe his most favorite role was as “Vovo”, he adored his grand babies and they admired him so very much.
John was a humble, kind, and protective husband, father, grandfather, and friend. He will be dearly missed.
John is survived by his wife of over 30 years, Josylda Kopke and his favorite buddy, Ringo, their cat; daughter Christina Delsoldato (Richard); son Joseph Cullen Fernandes (Kerry Perillo); son John Paul Fernandes (Malgorzata Kostrezewa); stepdaughters LeeAnn Neves (Scott) and GerriAnn Kayfus (Jason); grandchildren Gianni, Miabella, and Jaxson; step grandchildren Cassandra, Brittney, Justin, Ryan, Tristen, Shayne, Ella; great-granddaughter, Arianna; his sisters Grace Prue (Ron) and Lidia Antunes (Fred); nephews Rob and Paul; nieces Grace and Goretty;  and great nieces Marissa and Ezaura. John is predeceased by his loving parents and nephew Raul Antunes.
In lieu of flowers, donations in John’s memory can be made to St Jude’s Children Hospital online at www.stjude.org/donate or to the American Heart Association at www.heart.org/donate
A Celebration of Life Service will be held on  Tuesday March 23,2021 from 10 a.m. to 12 p.m. with a Prayer Service to begin at 11:30  a.m. In person attendance will be private, however, you may join the live stream please follow the link in the Service Details section below.  To light a candle or leave a condolence please continue to the Tribute Wall tab.

To send flowers to the family or plant a tree in memory of John Manuel Fernandes, please visit our floral store.

Video is available for this event