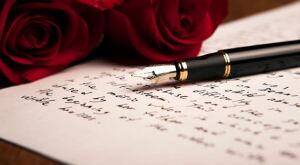 Jena was born in Brooklyn, New York on September 18, 1932. After graduating from Malverne High School in 1950, she attended both Hofstra University and The Julliard School of Music.

Her professional career included tours throughout the United States as a Mezzo-Soprano soloist with the Robert Shaw Chorale. She was Music Director and Conductor for the Performing Arts Society (founded by both she and her husband) which presented full-scale operas in Westchester County for over a decade. She also wrote and performed ‘The Magnificent Clara’, a piece about the life of Clara Schumann, wife of Robert Schumann. A successful voice teacher, she coached hundreds of students over the course of sixty years, teaching well into her eighties. She also founded and conducted Cantemus, a local chorus comprised of both amateur and professional singers. While she was best known for her work as a musician, she was also a published poet whose first work, Incarnations, was nominated for a Pulitzer Prize. Jena was an ardent social activist who participated in walks for equality with Martin Luther King, Jr. as well as marches in Washington, D.C. for pro-choice advocacy and women’s rights. She and Peter were highly supportive of racial integration in Glenwood Lake, New Rochelle, and were featured in a November, 1964 Special Report- “Segregation Northern Style” on CBS Reports.

Jena married Peter Anthony Smith on September 1, 1957, and they went on to have three children-Jared Mitchell, Cameron Marshall and Marya Leillen Andren (married to Alexandre Rossi). Jena is beloved grandmother to Sofia, Julia, and Aiyana. Jena was pre-deceased by her parents Antonina Frances LoBiondo and Louis Joseph Somogi, her sister Judith Somogi, and her son Jared.

A celebration of Jena’s life will be held with details to follow. To send the family condolences please visit www.danburymemorial.com. In lieu of flowers, donations can be made to The National Psoriasis Foundation at psoriasis.org/donate/, in loving memory of her son.

To send flowers to the family or plant a tree in memory of Jena (Jane) Smith Wellman, please visit our floral store.

Services are to be announced