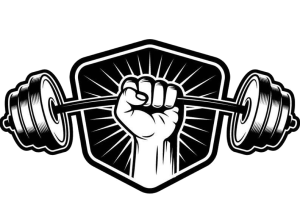 Charles Edward Finnegan, known to all as “Chuck,” passed away peacefully on September 15, 2021, at his home in New Fairfield, CT, while surrounded by his loving family. On March 6, 1928, Chuck was born in Norwalk, CT, to the late Edward Finnegan and Florence Remilen Finnegan. Beloved husband of Olga Ramos Finnegan, the love of his life.

Chuck graduated from high school and joined the United States Navy, and served during the Korean War.  Following his service, Chuck returned home and became a mechanic. Through his years as a mechanic, his expertise grew, and he soon became service manager for the automotive shops he worked for. After retirement, he stayed active and loved weight training, so much so that he led the physical fitness group for the New Fairfield Senior Center for 16 years.

Chuck was a man of few words, but he was always ready with a joke and let his actions speak for themselves, often going the extra mile to make people feel special. Whether that was mowing the neighbor’s lawns or learning a few phrases in each language so that when he met someone, he could hold a polite conversation no matter their native tongue, in his free time, he enjoyed playing his guitar, doing the crossword, and creating beautiful sketches. Above all else, he was a loving husband and father. In the words of his daughter Patti, “he was the poster child for how a husband should love a wife.”

Chuck and Olga became celebrities later in their lives. Their son Sean is the morning disc-jockey on a classic rock station in Traverse City, MI. For the past few years, Sean, AKA Finster in the Morning, has called his parents every Friday morning for the Dad Joke of the week. Chuck and Olga quickly became fan favorites.

To light a candle or leave a condolence in his memory, please visit www.DanburyMemorial.com

To send sympathy gifts to the family or plant a tree in memory of Charles Edward Finnegan, please visit our tribute store.