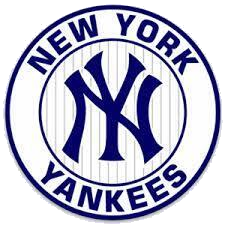 Barry E. Mulhall was born on October 14, 1952 in Stamford, CT to the late Frances (Swiatowicz) and James Mulhall. Barry passed peacefully at Regional Hospice, Danbury CT, on August 9, 2022. A great day for a game. At time of death Barry had been married to Elsie Highley for 41 years.  He was a Bethel, CT resident.

Barry started his professional career as a teacher, but after a couple of years he became an employee of Pitney Bowes in Stamford, CT holding several jobs of a Business capacity, eventually establishing himself as a Facility Manager while studying to obtain a Masters Degree in Business Administration.  He then went on to become Facility Manager at Boehringer-Ingelheim Pharmaceutical Company for many years. After retirement, Barry went back to his roots and became a substitute teacher at the Danbury School system. He found  much joy and fulfillment in the school system and teaching children.

Barry was an adventurous soul with a great sense of humor. He was an outdoor enthusiast. He was also an avid sports fan. He grew up playing football, baseball and playing the drums. He loved playing league softball and volleyball with his family, and then golf in later years. His favorite sports teams included the New York Giants, Green Bay Packers and New York Yankees.
He was very proud of the fact that he was able to play hardball until he was forty-eight years old. When not playing himself, he coached many kids (including his own) at Little League in Bethel, CT and coached his grand kids in T-Ball in Danbury, CT.

Barry was predeceased by his parents Frances (Swiatowicz) and James Mulhall, his brother James “Jimmy” Mulhall and his son-in-law Anthony “Tony” Martins.

In lieu of flowers the family request that donations be made to St. Jude. Children's Hospital.

The family will be announcing services at a later date.

To light a candle in his memory or leave a condolence, please visit the tribute wall at the top of his obituary page.

Services are to be announced