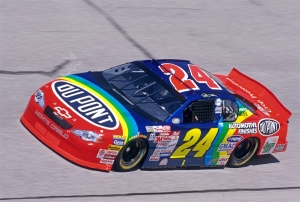 Clifford Allen Rothe passed away Thursday, January 2, 2020, at home, in the presence of his family in Southbury CT, after a long battle with cancer. Born September 19, 1955 in Danbury, son of Frank and Marion (Drew) Rothe. Cliff lived most of his life in the Newtown/Southbury area and was a graduate of Newtown High School, Class of 1973.

Cliff’s passion was cooking, he started in the restaurant business in the early 1980’s. He was a cook at the Village Restaurant, Atlantis Diner, and Denmos, before landing at the Sandy Hook Diner. The last 20 years of his career he managed and cooked at the Sandy Hook Diner, where he became a staple in the community. Cliff was always willing to lend a helping hand with various events including many held at The Saint Rose Church of Lima and The Newtown United Methodist Church.

Cliff loved NASCAR, playing cards, yardwork, and spending time with the family. He is survived by his partner Ellie Lewis of Southbury, daughter and daughter-in-law Candice and Lori Rothe of Southbury, son Richard Rothe of Southbury; brother Steven and wife, Anita Rothe of Yorktown, VA., as well as many cousins, nieces, and nephews.

He was predeceased by both his parents and two brothers, Keith and Glenn Rothe, as well as the mother of his children, Gail Rothe. He will forever be missed by his family and friends.

In lieu of flowers, contributions can be made to either to The Make A-Wish Foundation or The Newtown United Methodist Church, 92 Church Hill Rd, Sandy Hook, CT 06482.

To light a candle or leave a condolence in his memory, please continue to the Tribute Wall tab.