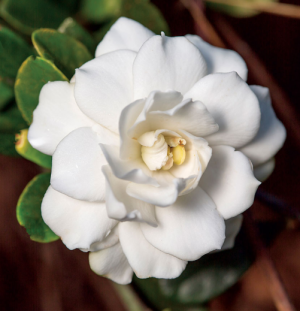 Aspasia Gabriel, 90, passed away peacefully on January 2, 2020 at the Western Rehabilitaion Center in Danbury, CT . Aspasia was born on October 23, 1929 in Agra Lesvos, Greece to the late Evangelia Kyrika and Demetrios Efstratiadiand and was the wife of the late Panagiotis “ Peter” Gabriel.

Upon marrying and immigrating to the United States in April 1960, she began work as a substitute cafeteria worker for The Danbury Public School System, where she eventually became a permanent employee for Rogers Park Middle School.  From then on, her hard work and perseverance led her to become the manager the school’s kitchen, which not only provided food for the middle school but also for the Danbury Elementary Schools. Due to an unfortunate automobile accident, she took time off to recover and returned back to work up until she retired.

Aspasia was such a kind, gentle soul who loved and had many hobbies.  She loved church and was a faithful parishioner at Assumption Greek Orthodox Church, where she was also a member of the church’s Philoptochos Society. She also played a significant part along with several other parishioners in starting the first of the festivals, which began in the older church on Franklin Street.  Aspasia asked if the parishioners would be able to use the Roger Park School kitchen and facility, which was easily granted. From then on the Festival known as “The Greek Experience” took flight!

Many other hobbies included raising her family, spending time with family and friends, cooking, baking, and gardening. She also loved flowers and was very much connected with nature!  She was a wonderful cook and baker; she and her husband would share their fruits and vegetables with friends and family, and Aspasia would also share her  wonderful cooking during holidays and several other events. She loved the children of her family so much. Along with her son, she would treat her nieces and grand nieces and nephews as her own.

Aspasia is survived by her son Aristidis “Steve” Gabriel; her sister, Evridiki Papandreo  of Greece; sister-in-law Maria Efstratiadi  of Greece;  her brother-in- law  Demetrios Gabriel and sister-in-law Kaity Gabriel of Danbury; her niece Angela Gabriel- Belales ,  her husband Theodore Belales and their children and Aspasia’s grand nieces Katerina and Nicoletta Belales  all of Southington, CT; her nephew Michael Caravakis and his wife Marlene Caravakis, grand niece Alyssa( Caravakis) Critelli, her husband Josh Critelli and their children Jessejack and Jaxson; and grand niece Adriana Caravakis and her fiancé Jonathan Matos, all of Danbury . She is also survived by several nieces, nephews, grand nieces, and grand nephews, all in Greece). She was predeceased by her loving husband Panagiotis “Peter” Gabriel; her parents Evangelia (Kyrika) and Demetrios Efstratiadi.  She was also predeceased by siblings  Mihalaki, Hippocrates, Kalliope, Chrisa, and Anna, all of Greece and 3 nephews and 1 niece, also of Greece